A new biologically inspired battery membrane has enabled a battery with five times the capacity of the industry-standard lithium ion design to run for the thousand-plus cycles needed to power an electric car.

A network of aramid nanofibers, recycled from Kevlar, can enable lithium-sulfur batteries to overcome their Achilles heel of cycle life—the number of times it can be charged and discharged—a University of Michigan team has shown.

“There are a number of reports claiming several hundred cycles for lithium-sulfur batteries, but it is achieved at the expense of other parameters—capacity, charging rate, resilience and safety. The challenge nowadays is to make a battery that increases the cycling rate from the former 10 cycles to hundreds of cycles and satisfies multiple other requirements including cost,” said Nicholas Kotov, the Irving Langmuir Distinguished University Professor of Chemical Sciences and Engineering, who led the research.

“Biomimetic engineering of these batteries integrated two scales—molecular and nanoscale. For the first time, we integrated ionic selectivity of cell membranes and toughness of cartilage. Our integrated system approach enabled us to address the overarching challenges of lithium-sulfur batteries.”

Previously, his team had relied on networks of aramid nanofibers infused with an electrolyte gel to stop one of the main causes of short cycle-life: dendrites that grow from one electrode to the other, piercing the membrane. The toughness of aramid fibers stops the dendrites.

But lithium sulfur batteries have another problem: small molecules of lithium and sulfur form and flow to the lithium, attaching themselves and reducing the battery’s capacity. The membrane needed to allow lithium ions to flow from the lithium to the sulfur and back—and to block the lithium and sulfur particles, known as lithium polysulfides. This ability is called ion selectivity.

“Inspired by biological ion channels, we engineered highways for lithium ions where lithium polysulfides cannot pass the tolls,” said Ahmet Emre, a postdoctoral researcher in chemical engineering and co-first author of the paper in Nature Communications. 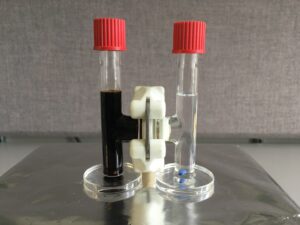 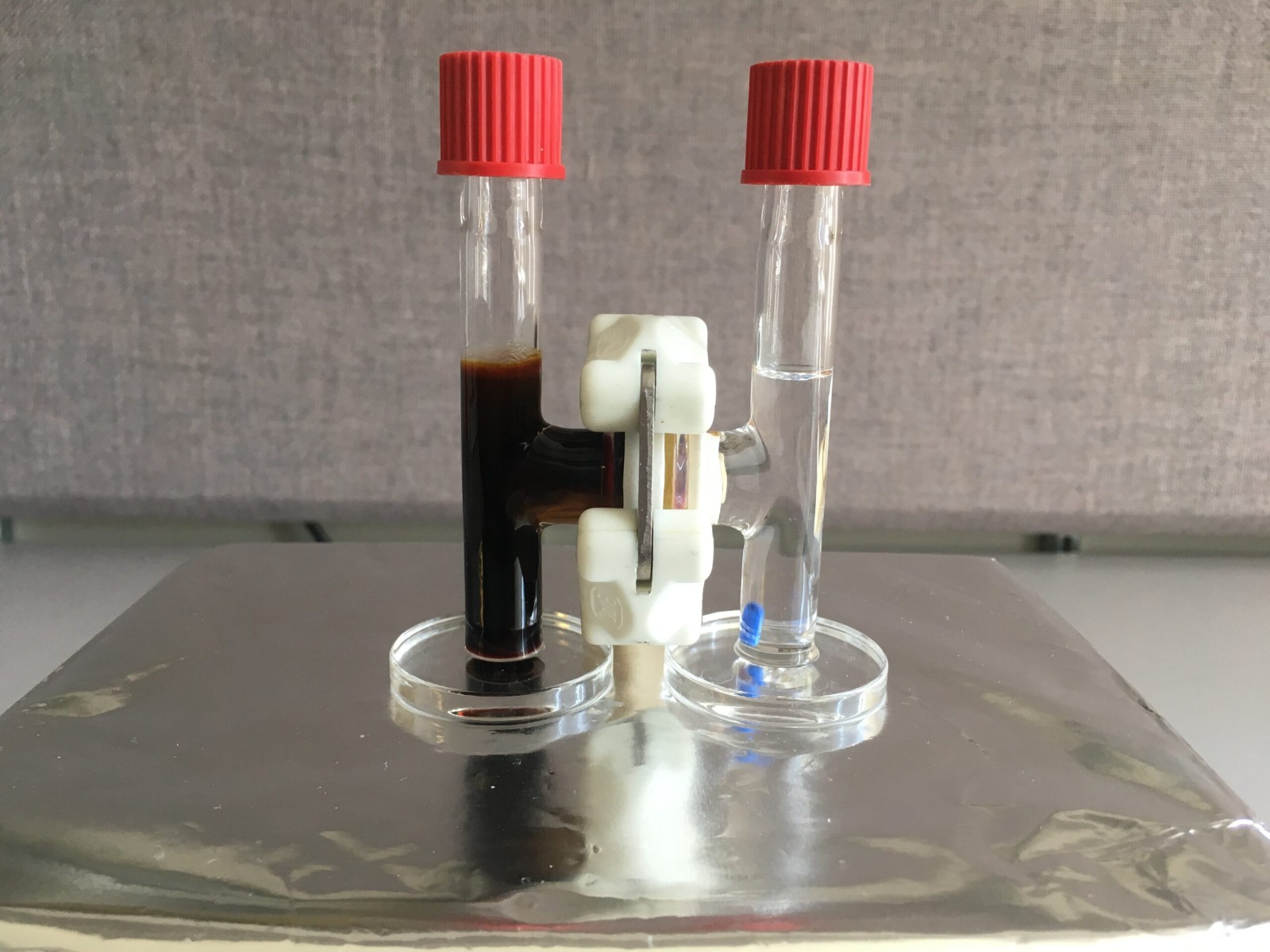 At the beginning of the experiment, the lithium polysulfides are only on the left side of the battery cell, for both the industry Celgard membrane (left) and the U-M aramid nanofiber membrane (right). Credit: Ahmet Emre, Kotov Lab “Achieving record levels for multiple parameters for multiple materials properties is what is needed now for car batteries,” Kotov said. “It is a bit similar to gymnastics for the Olympics—you have to be perfect all around including the sustainability of their production.”

As a battery, Kotov says that the design is “nearly perfect,” with its capacity and efficiency approaching the theoretical limits. It can also handle the temperature extremes of automotive life, from the heat of charging in full sun to the chill of winter. However, the real-world cycle life may be shorter with fast charging, more like 1,000 cycles, he says. This is considered a ten-year lifespan.

Along with the higher capacity, lithium-sulfur batteries have sustainability advantages over other lithium-ion batteries. Sulfur is much more abundant than the cobalt of lithium-ion electrodes. In addition, the aramid fibers of the battery membrane can be recycled from old bulletproof vests.

The research was funded by the National Science Foundation and the Department of Defense. The team studied the membrane at the Michigan Center for Materials Characterization. The University of Michigan has patented the membrane and Kotov is developing a company to bring it to market.

Previous：Talking about why a power lithium-ion battery needs a BMS management system?